Welcome to the new edition of Arrington Performance's website ShopHEMI.com

We are currently updating our website to feature only the best performance products for your Late Model HEMI Charger, Challenger, 300C, Jeep and Truck. We have made many updates and changes to our website in order to provide an easier shopping experience. The only problem with those changes is that some of our categories and products have been moved and you have reached one of those pages from a search engine. We are sorry for the trouble! 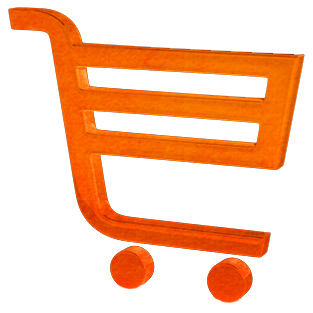 To navigate our new website please click Shop HEMI Parts at the top left of the screen and find the category you would like to shop. Until you click on a category link you will not be taken away from this page. If you are seeking a specific part use the site search by clicking this link or type directly in the box at the top right and click "GO" to search for the HEMI performance part you are looking for and be forwarded to our site search and our Google search results on one simple page. If you would like to filter our website and view parts in our catalog that fit your specific vehicle use the dropdowns above to select your vehicle and then click the submit button. Your page will refresh and you can choose to navigate from this page or click the link "View My Parts Catalog" that appears on the top navigation area.

Thank you for your patience while we are launching this new website. If you have trouble navigating this site or you would like to speak directly to a sales representative please feel free to call our toll free hotline at 866-844-1245. If you would like to send us an e-mail or contact us after regular business hours please view the Contact Arrington Performance page.

Late-Model transmission upgrades for your Mopar

The new offerings from Mopar are a breath of fresh air for those of us unable to purchase a rear-wheel-drive V-8-powered automobile from Chrysler Corporation until recently. And while you may or may not like the fuel injection and electronics on your new Mopar, you must admit doing a burnout with a Hemi under the hood and smoke coming from the rear tires is how it was meant to be. The amenities of late-model Mopars are also easy to get used to, as is the reliability of driving a newer automobile. We couldn't wait to get ours, which meant opting for the automatic transmission version since those were the first '09 R/Ts produced. We've really enjoyed driving our Challenger, and while the Chrysler NAG1 five-speed automatic transmission has worked perfectly so far, we know we're pushing our limits since our engine is modified with a Procharger intercooled supercharger kit.

Since owning our Challenger R/T, we've lowered the car with an Eibach sport suspension kit, adding larger diameter sway bars as well to improve the handling characteristics, and also installed Magnaflow exhaust. We'll be addressing other areas of our vehicle, such as lightening it up, improving the brakes, upgrading the wheels and tires, and increasing the fuel system's volume in future articles as we prepare for the ultimate goal of replacing the factory engine with a larger displacement version containing forged internals. This month we'll continue our modifications, upgrading our car's automatic transmission with a high-performance replacement NAG1 from Gearstar Performance Transmissions.

The professionals at Gearstar Performance Transmissions are known for the quality of their engineered transmission and torque converter assemblies, can provide a transmission to fit any of your needs, from mild to wild, and even have a NAG1 unit in a Jeep SRT8 that is rumored to run the quarter-mile in the 8s. They build TorqueFlite transmissions as well, delivering any level of performance desired, and each transmission is assembled by a dedicated builder, then dyno tested when complete. Since the NAG1 transmission in our Challenger will be used not so much for racing but in a moderately powered street car, Gearstar prepped ours to easily handle the power our combination will make, and has NAG1 units available to handle up to 1,100 lb-ft of torque and 1,100 horsepower. As part of the package, they also sent a well matched converter for our combination, with much improved lockup clutch capacity. And if we need a beefier transmission in the future, we can just send our unit back to Gearstar for the latest upgrades.

Before simply swapping the transmission, let's discuss Mopar's new automatic, what led to it, and how it works. When the LX cars were debuted in 2005, Daimler still owned a big chunk of Chrysler Corporation, and the companies obviously shared technology freely. Throughout the Charger, Magnum, 300, and Challenger, you can see the Mercedes engineering in the suspension and brakes, and even in areas like the door seals. This thoroughbred influence was good for Chrysler, resulting in well-engineered cars that are fun to drive and technologically sophisticated, with computers controlling nearly every aspect of the vehicle, including the transmission. Designated by Chrysler as the NAG1 five-speed automatic, the unit is actually a Mercedes part number 722.6 transmission that dates back to 1996.

Used primarily in passenger cars, the Mercedes 722.6 (NAG1) is a hydraulic automatic transmission with many similarities to older designs but many differences as well. Instead of using hydraulic pressure, valves, and a governor to control up and downshifts, the NAG1's valvebody contains a series of computer actuated relays to control these functions. Additionally, the converter is a lockup model, again with a computer controlling when the converter locks up partially, or completely. As you're noticing, this is a sophisticated unit, using planetary gear sets, multiple clutch packs, and even internal brakes, which is why we didn't take the chance of upgrading it ourselves.

Through their research both in the shop and at the track, the team at Gearstar Performance Transmissions has identified any weak links in the NAG1 and corrected them so their transmissions can withstand 1,100 lb-ft of torque, far more torque than a factory unit is capable of enduring. Each transmission is fully disassembled and cleaned, and then all of the tolerances are checked and corrected before the transmission is assembled using heavy-duty components. All of the internal parts are cryogenically treated and stress relieved, and the second, third, and fourth gear clutch drums are modified for expanded capacity. Gearstar uses high-energy clutches, updates the input-to-output shaft bearing support, and uses a special sprag assembly. Internal fluid pressure is increased for proper lubrication as well.

To control the transmission, the valve-body is reprogrammed and new electronics are installed. A billet torque converter is designed for each application, featuring a custom stall speed and CNC machined precision. The lockup clutch is also modified for increased capacity, which improves durability as well as performance. Once we got our new transmission, we headed up to Inline Performance Specialists in nearby central Florida to get a hand installing the unit. With the help of the technicians at Inline, we had our transmission and converter swapped in an easy half day and were ready for a test drive.

Our first impression of the Gearstar NAG1 was a much crisper overall feel. When the gear selector was placed in a forward or reverse gear, we felt the transmission engage firmly, and throttle response was crisp when driving in any gear. After a little moderate cruising to allow everything to come up to temperature, we ran the transmission through its paces and were pleasantly surprised. The transmission has firmer up and downshifts than the stock transmission, though the shifts are still comfortable and not abusive. The converter is definitely looser as well, allowing tire spin at just about any point through first and second, indicating we'll need some stickier tires before doing any real track testing. Thanks to the looser converter and tighter transmission, throttle response is noticeably better, and the car is more reactive to throttle input whether part or full throttle.

We know this transmission and converter package have made our Challenger quicker just by the sensation we get from driving the car. It would be a shame to do any track testing with our factory tires, however, as the inevitable tire spin wouldn't allow us to show you the real improvements we've made. Look for a future article as we upgrade the wheels and install stickier tires on our Challenger, and we'll take our late-model muscle car to the dragstrip for some real testing.

THE LATEST IN CAR NEWS

For: Mercedes-Benz, Chrysler, Dodge, and Jeep

Important: 2002-2003 were cross-over years from conventional, dual sided clutches to single sided. Without removing the transmission and disassembling, you will not know which type you have. The 2002-2003 selection above comes with both styles of clutches.

The Transtec overhaul soft parts kit includes all of the rubber seals and gaskets that you will need to complete your rebuild.

In addition, you can add the following items to this package:

The 5 speed Mercedes-Benz built 722.6 automatic transmission can be found in the following applications:

Remember to soak all of your friction clutch plates in transmission fluid thirty minutes prior to installation.

I went to the bathroom. After taking a shower and rinsing my ass, I left the bathroom. My wife was cancer. She has already been fucked by two guys, in the pussy and in the mouth.

Since my work was supervised, I could not talk to the guy for a long time. These were the conditions of the employers. I certainly didnt expect him to ask my phone number, and I was a little shocked when he asked him.

And who will atone for your sins. Pushkin what. So change without talking. - Gave me a coil of wire, which they usually clean the sewer. I changed clothes.

Feet is hot, hands and head are warm, and the rest of the body is freezing in the cold. Uf - f. - Marinka. I'll go to warm up in the hall.