Witch Trials in the 21st Century

The most famous witch trial in history happened in Salem, Massachusetts, during the winter and spring of 1692-1693. When it was all over, 141 suspects, both men and women, were tried as witches. Nineteen were executed by hanging. One was pressed to death by heavy stones.

However, witch trials are not a thing of the past. Indeed, charges of witchcraft and trials of suspected witches are increasing.

The word witchcraft has good and bad meanings in different cultures around the world. A general definition of witchcraft is the changing of everyday events using supernatural or magical forces.

Witchcraft is usually associated with the power of nature, such as medicinal and poisonous plants, or rains and floods. People accused of witchcraft are said to be able to control natural events such as storms or droughts.

So-called “witch doctors” use combinations of plants and animals, as well as spirituality or supernatural ability, to treat medical conditions. These “witch doctors” are not accused of being witches themselves—they heal illnesses and ailments blamed on witchcraft. “Witch doctor” is often a derogatory term for a traditional healer. Traditional healers, who rely on ancient remedies, are not witch doctors.

Unlike traditional healers, witch doctors use spells. Spells are words or phrases that are suspected of having magical powers. Casting a spell to be wealthy or lucky in love is an example of witchcraft.

People try to come up with reasons for their own bad luck, or someone else’s good luck. If someone is really lucky, some people believe they must have cast a spell or made a deal with the devil in order to be so fortunate.

Belief in witchcraft is widespread. A 2005 poll of Canadians and people from the United Kingdom found that 13 percent believed in witches. For Americans, that number was even higher: 21 percent.

Most people do not believe in magical witches, of course. Sometimes, though, normally logical people blame supernatural powers for their misfortune.

Today, witch trials occur all over the world. Organizations like the United Nations and Stepping Stones Nigeria have found that the number of witch trials around the world is increasing. They are almost always violent, and sometimes they are deadly.

When people get sick, witchcraft is sometimes seen as the cause. This is especially true in places with poor medical care or few educational opportunities. Although belief in witchcraft is not limited to the developing world, witch trials occur more frequently there.

According to the World Health Organization (WHO), nearly 25 percent of pregnant women in Zambia are infected with HIV or AIDS. Men, women, and children are accused of spreading HIV/AIDS through witchcraft. Some of the accused are leaders in the scientific community or government advisers. So-called “witch hunters” have been known to kill those accused of witchcraft with a so-called poisonous “tea.” In one town in Zambia, a witch hunter killed 16 people in fewer than four months.

Dozens of people have been killed in Papua New Guinea, the eastern half of the tropical island of New Guinea in the Pacific Ocean. In January 2009, a young girl was burned alive, accused of being a witch and infecting men with HIV/AIDS. A month later, a father and son were also burned to death after being accused of witchcraft.

Accusations of witchcraft can be associated with good luck as well as bad luck. Nigeria’s oil boom, which began in the 1970s, has made a few of its citizens extremely wealthy. Some Nigerians explain this rapidaccumulation of money and power as a sign of witchcraft. As recently as 2007, children accused of witchcraft in Nigeria were burned, poisoned, and abused.

In 2008, rumors that a successful soccer player was using witchcraft triggered a riot in Kinshasa, Congo. The riot and stampede killed 13 people.

In India, landowning women are sometimes accused of witchcraft. Neighbors of the suspected witch may begin collecting firewood on which the suspect will burn. The women, often older widows, are scared enough to leave their homes. Their neighbors then take their land.

People who look different are often the victims of witch trials. In Tanzania, albino people are in danger of being killed for their skin and body parts. Since 2007, more than 50 albinos have been killed for ritual use. Tanzanian witch-doctors believe the arms, legs, skin, and hair of albinos have special magic in them, and that their use will bring their clients good luck in love, life, and business.

In the Republic of Benin, the country’s government has used people’s fears of witchcraft to explain why some people do better than others. According to many legends, a baby that is not born head-first and with its face upwards is considered to be a witch. The so-called baby witches have been blamed for poor agricultural seasons or illnesses. Many babies are abandoned or killed.

President Yahya Jammeh of The Gambia believes he is being targeted by witches. According to Amnesty International, as many as 1,000 Gambians accused of witchcraft have been arrested and tortured on orders from the president. At least two people are dead. President Jammeh also claims to be able to cure AIDS on Thursdays and fires doctors who disagree with him.

So what can be done to stop witch trials or accusations of witchcraft? Trying to stop a witch hunt by saying witches don’t exist doesn’t work. AIDS and poverty are very real sources of fear.

People project their fears onto unfortunate victims. There has never been a proven case of witchcraft in all of human history. On the other hand, there are thousands of victims of witch hunts. People accused of witchcraft, if they survive their ordeal at all, often end up with ruined lives. In the end, it is the witch hunters who should be feared more than the people whom they accuse of witchcraft.

Quick action by respected authority figures is effective in stopping witch hunts. In 2005, an 8-year-old girl in London, England, was accused of being a witch by a family member. The girl’s family abused her and rubbed chili peppers in her eyes to “beat the devil out of her.” British authorities immediately acted to remove the girl from the home. Three family members were held accountable for treating the girl as a witch.

In 1997, the government of South Africa decided to do something about witchcraft fear in that country. They began an educational campaign in schools and workplaces about science, medicine, and HIV/AIDS. They also sent police to work with traditional healers and village chiefs. The police told them if they accuse a person of witchcraft and that person ends up being killed, the healers and village chiefs will be held responsible.

A Power is a supernatural ability that allows witches to manifest magical feats. Powers are also referred to as "tricks" or simply as "magic" and their effectiveness and level vary from witch to witch, especially between cradle witches and contract witches.

The origins of powers must be sought in affiliation with divine entities, with the Devil as a primary power source for the practice of Witchcraft (also known as Malice, or Maleficium). The domination of one's emotions, as well as mastering spells and rituals, lead witches to demonstrate feats out of the ordinary, such as moving objects without touching them, divine the future, manipulate weather to even cause death through sheer force of will. Generally, active powers such as Telekinesis or Elemental Control are used in hand to hand fights or for minor purposes, while other sophisticated powers such as Astral Projection or Necromancy seem to require certain tools or ritualistic actions to be performed. While spells are the medium by which every person must use in order to achieve a magical effect, it appears that once a person has mastered a spell, they can perform it features through their will and without the usual ritualistic requirements.

Since there is no allusion of an affiliation between cunning folks and any deity of sort, their powers are bland and heavily relying on herbalism and rituals. The origin of Seership is unknown; It allows Seers to perform supernatural feats such as removing their own eyes from their sockets without any side effects.

The apex of the powers granted to those who practice sorcery is the ability to attain power over life and death. Since witches are attuned with the supernatural forces behind the Universe, known to most as Magic, they are also able to access the higher powers, sharing a shred of the divine power of creation. For everything has its counterpart, witches also have the power of destruction. Since this is the most precious and powerful ability a witch can handle, it is also the most seductive and unstable, because the witch will be brought to use it whenever it is deemed appropriate and this can vary greatly depending on the ethics of the witch. Since the practice of maleficium

This is a list of magic powers and their descriptions.

Sours: https://charmed.fandom.com/wiki/List_of_Powers
Satu- All Powers from A Discovery of Witches 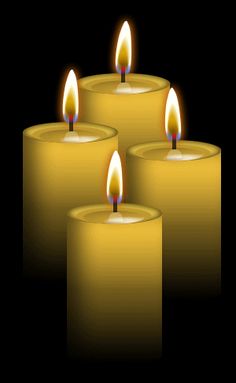 4 Gold Candles by Blood-Huntress on DeviantArt
✯ 4 Gold Candles: Use for Enlightenment, protection, success, wealth, money, masculinity, playfulness, luck, divination, victory. Enhances communication and attracts the power of cosmic influences; Useful in rituals which are designed to gain fortune or money .. By ~Blood-Huntress✯ 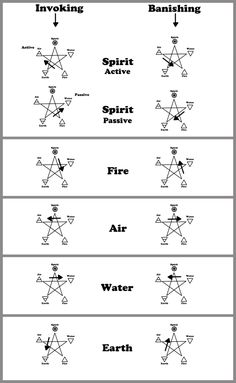 Invoking and Banishing the Elements
It is useful to know which Element's power your spell uses, as invoking it properly can strengthen your spell. For example, if I’m doing a ritual related to minor healing, cleansing or emotions, I would likely invoke Water. If I need strength or grounding, I might invoke Earth. If I want to work a more intense cleansing, bring passion to some situation in my life, etc. then I would then invoke Fire. I might use Air for calming spells, weather spells, some divination, etc.
Sours: https://www.pinterest.com/chloebehl/witch-powers/

You see, he turned me into a whore, whore, his slave, a modest, intelligent woman, a respectable wife. He can do whatever he wants with me and I have to tell you to like it. With him I rose.

Well, please kiss, I'm burning with desire, Lerochka was capricious. If you dont kiss me, I wont give it to you, she was stubborn. - No dear, if you dont suck, I wont fuck you. Feeling victory, Sergei calmly answered.