What is Synthetic Aperture Radar?

While most scientists using remote sensing are familiar with passive, optical images from the U.S. Geological Survey's Landsat, NASA's Moderate Resolution Imaging Spectroradiometer (MODIS), and the European Space Agency's Sentinel-2, another type of remote sensing data is making waves: Synthetic Aperture Radar, or SAR. SAR is a type of active data collection where a sensor produces its own energy and then records the amount of that energy reflected back after interacting with the Earth. While optical imagery is similar to interpreting a photograph, SAR data require a different way of thinking in that the signal is instead responsive to surface characteristics like structure and moisture.

For more information on passive and active remote sensing, view What is Remote Sensing?

An antenna of that size is not practical for a satellite sensor in space. Hence, scientists and engineers have come up with a clever workaround — the synthetic aperture. In this concept, a sequence of acquisitions from a shorter antenna are combined to simulate a much larger antenna, thus providing higher resolution data (view geometry figure to the right).

The Role of Frequency and Wavelength

Optical sensors such as Landsat's Operational Land Imager (OLI) and Sentinel-2's Multispectral Instrument (MSI) collect data in the visible, near-infrared, and short-wave infrared portions of the electromagnetic spectrum. Radar sensors utilize longer wavelengths at the centimeter to meter scale, which gives it special properties, such as the ability to see through clouds (view electromagnetic spectrum to the right). The different wavelengths of SAR are often referred to as bands, with letter designations such as X, C, L, and P. The table below notes the band with associated frequency, wavelength, and the application typical for that band.

Wavelength is an important feature to consider when working with SAR, as it determines how the radar signal interacts with the surface and how far a signal can penetrate into a medium. For example, an X-band radar, which operates at a wavelength of about 3 cm, has very little capability to penetrate into broadleaf forest, and thus mostly interacts with leaves at the top of the tree canopy. An L-band signal, on the other hand, has a wavelength of about 23 cm, achieving greater penetration into a forest and allowing for more interaction between the radar signal and large branches and tree trunks. Wavelength doesn't just impact the penetration depth into forests, but also into other land cover types such as soil and ice.

For example, scientists and archaeologists are using SAR data to help "uncover" lost cities and urban-type infrastructures hidden over time by dense vegetation or desert sands. For information on the use of SAR in space archaeology, view NASA Earth Observatory's Peering through the Sands of Time and Secrets beneath the Sand.

It is important to note that the amount of signal attributed to different scattering types may change as a function of wavelength, as wavelength changes the penetration depth of the signal. For example, a C-band signal penetrates only into the top layers of the canopy of a forest, and therefore will experience mostly roughness scattering mixed with a limited amount of volume scattering. However a L-band or P-band signal will have much deeper penetration and therefore experience strongly enhanced volume scattering as well as increasing amounts of double-bounce scattering caused by the tree trunk (view canopy penetration figure below).

SAR data can also enable an analysis method called interferometry, or InSAR. InSAR uses the phase information recorded by the sensor to measure the distance from the sensor to the target. When at least two observations of the same target are made, the distance, with additional geometric information from the sensor, can be used to measure changes in land surface topography. These measurements are very accurate (up to the centimeter level!) and can be used to identify areas of deformation from events like volcanic eruptions and earthquakes (view interferogram to the right).

Only recently have consistent SAR datasets been widely available for free, starting with the launch and open data policy of the European Space Agency's (ESA) Sentinel-1a in 2014. Other sensors have historic data, imagery that is only available for certain areas, or policies that require the purchase of data. The table below lists the SAR sensors that have or are currently producing data, as well as the data parameters and where to access.

Several new sensors are also planned for launch in the next few years. These include the joint NASA-Indian Space Research Organisation SAR (NISAR) satellite, which will collect L-band SAR data, with more limited coverage of S-band. All data will be free and openly available to the public. ESA is also launching the P-band BIOMASS mission, which will have an open data policy as well. View a list of the upcoming SAR missions and data parameters.

All free and publicly available SAR data can be accessed in Earthdata Search.

One of the limitations of working with SAR data has been the somewhat tedious preprocessing steps that lower-level SAR data requires. Depending on the type of analysis you want to do, these preprocessing steps can include: applying the orbit file, radiometric calibration, de-bursting, multilooking, speckle filtering, and terrain correction. These steps are described in more detail in this SAR Pre-Processing one pager.

Special software is required to process SAR data, depending on the data provider, starting level of data, and desired level of data. The table below shows a selection of freely-available software packages, what they can be used for, and where you can download them.

More recently, data repositories like NASA's Alaska Satellite Facility Distributed Active Archive Center (ASF DAAC) are starting to provide radiometrically terrain-corrected products for select areas, reducing the amount of time and effort the user has to put into preprocessing on their own.

Much of the information from this page is drawn from the following chapters in The SAR Handbook: Comprehensive Methodologies for Forest Monitoring and Biomass Estimation:

Build the most consistent, accurate and holistic view of consumers

Aperture Data Studio is a powerful and easy to use data management suite that helps you manage consumer data projects with confidence. It enables everyday users to quickly and easily develop sophisticated workflows that incorporates machine learning algorithms for automatic data tagging and enriches the data using globally-curated data sets from Experian. This ensures data quality and helps govern adherence to data standards. 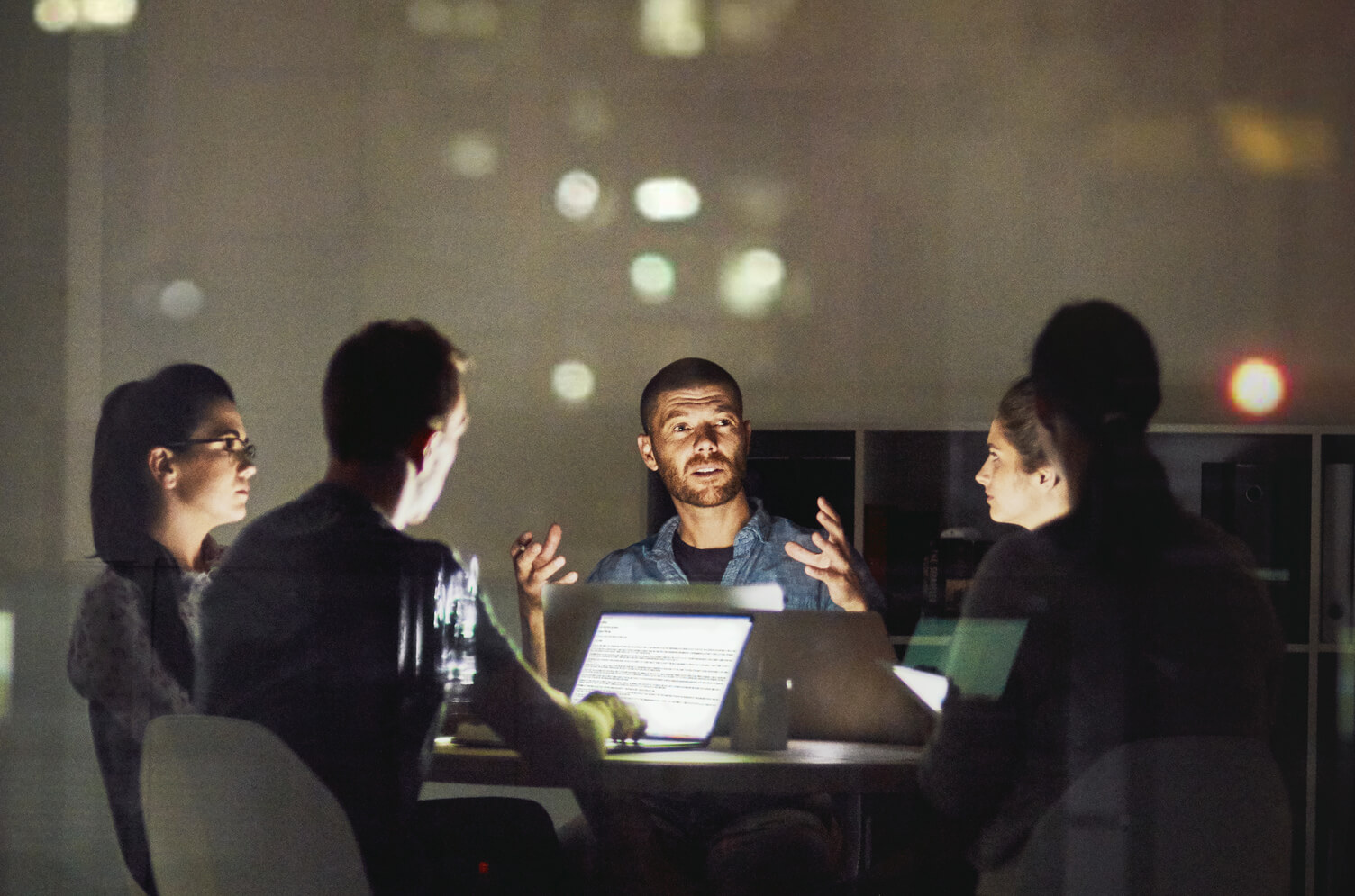 Our Aperture free trial gives you single-user access to our intelligent self- service data quality and enrichment platform for two weeks. Use the platform to see how it can help you manage all types of data projects with confidence, enabling you to quickly and easily profile, analyse, cleanse and transform data.

Once you have started the free trial, you will have access to the Experian Data Quality Community, where you will receive support throughout your trial and be able to share ideas and insights with your peers.

Keep all your data management requirements in one place. Out of the box profiling, cleansing, validation, transformation, enrichment and de-dupe, as well as the ability to embed scripting and predictive tools; build your own data manipulations whilst working with existing technology and data sources.

Our solution has a short implementation time, meaning days and not months, so value is delivered without lengthy infrastructure changes and large ownership costs. The platform requires minimal training and you can create sophisticated data management routines within hours of set-up.

Your data meets our data

Once set up, our solutions can process and match millions of data records from multiple data sources in just a few hours, rapidly identify data issues and quickly overlay additional data. Gain immediate access to a wealth of Experian’s global data to enhance and validate, improving communications, analytics and reducing risk.

Quickly and easily profile data to understand deficiencies as an essential first step to cleansing, joining and validating data

Data Studio profiles the complete data set and audits every step in readiness for statutory reporting and enhanced transparency of data and processes, de-risking compliance initiatives

Experian is to be applauded for biting the bullet and developing a product suitable for the third decade of this century.

Request a call back

A member of the team will be in touch with you shortly.

Experian Aperture Data Studio empowers modern data practitioners to rapidly build the most consistent, accurate, and holistic view of data. The Aperture Data Studio platform is designed to help you tackle your most pressing data quality challenges, from gaining a single customer view to improving day-to-day operational efficiency and accuracy in reporting. We offer a full range of best-practice tools to support each stage of a comprehensive data quality workflow through marketing-leading profiling, discovery, validation, machine-learning-enabled de-duplication, and enrichment.

Automatic validation & enrichment - Continuously verify that you have valid consumer data to improve communications and analytics and reduce risk. Validate and enrich your data against Experian-curated data sets, enhancing your data in a few simple clicks.

His hands reached up and squeezed her breasts, and Perseus once again entered deeply into her. Then he did it over and over again. And again and again it was insanely painful and pleasant to her. After repeating this several more times, he switched to a rhythmic tempo.

But again, first in order, and then, as necessary, I'll tell you. I received it at the post office, as it should, in a parcel, came home again, then my friend's house became my home, and again. My friend was at the dacha, it was summer, and just like unpacking it, my heart sank, After all, I did not have real virgins, even though now I have to break an artificial one !!!.

Very carefully, he took a funnel out of the vagina, it squeezed a little, squeezing out the excess fluid, which flowed in a thin stream along the perineum, through the ass. To the floor. It (the floor) was not covered with a carpet or anything like that. There was open linoleum under us and we were not afraid to spill it, then wipe it off.

But what if he is sick with what. - Let him do an express analysis before the meeting. - And you won't leave me, won't you stop loving me.

Due to sentence examples