Cinelli was founded in 1947 by Cino Cinelli, a former professional rider and winner of the 1943 Milan-San Remo. Although not an engineer, Cino was a dogged perfectionist and in just 20 years his company became a leader in the production of handlebars and racing stems. Cino invented the first plastic-hulled saddle, the Unicanitor, and built the legendary Supercorsa frame, a true cult object of the period (still produced today). In 1979 Cino sold his business to the young industrialist Antonio Colombo (former president of the Columbus bicycle tubing manufacturer). In Cinelli's products, Colombo saw the technical perfection of the most efficient and elegant means of transport ever created. His goal became to communicate this utopian perfection to the general public. Design was his tool. Over the next 30 years Colombo made Cinelli products contemporary, bold and playful, combining for the first time in history competition, design and lifestyle, developing innovative products such as the Rampichino, the first European mountain bike, the unforgettable Laser family, Alter, Integralter, Grammo, Passatore, and many others. Fusing Design and Performance, in the second half of the 2000s Cinelli started the New Cycling movement, based on creative, non-conformist and counter-cultural values, thanks to the fixed gear. These are all values that are very much in the DNA of Antonio Colombo and Cinelli. The results of the new synergy between Cinelli and the tube manufacturer were immediately visible in the development of the first Laser frame, in 1981, whose evolution would win the prestigious ADI Compasso d'Oro award in 1991.

The “Cicli Giotto Cinelli” was born in 1938-39 in Florence; initially for the production of attacks and handlebars, then also bikes. In 1948 Giotto sold the business to his brother Cino Cinelli, previously a successful runner. Cino had run for Frejùs, Bianchi, Benotto, winning, among other things, the Milan-Sanremo of 1943.

With the transition to Cino, production is moved to Milan. Since the main part of Cinelli’s production consisted of attacks and handlebars, Cino never pushed too much on the sale of complete bicycles: to avoid having competitive relationships with the other bike manufacturers, who were the buyers of its main products. Also for this choice, the Cinelli bikes, after the very first period, have remained high value bikes and high prices, just as high was their technical and innovation content; the Rolls Royces of the bikes have been defined.

In fact, Cinelli has introduced or otherwise widespread numerous innovations in racing bikes:

-the fork with the “sloping” head: making the sheaths of the fork shorter, the rigidity increases; the new design of the fork head also has an aerodynamic advantage;

– a particular saddle joint (from 1953), in which the clamping screw of the seatpost tube crosses the rear pendants of the frame;

– the aluminum handlebar (1963), already existing but widespread by Cinelli;

– the plastic saddle (Unicantor 1962), first introduced by T. Nieddu (famous for the Vittoria change) with which Cinelli will collaborate;

– TIG welding, with the Laser model, whose prototype is from the end of the seventies (see the sheet on this site).

In 1978 Cino Cinelli sells to the Colombo brothers, retiring to a villa in Tuscany. Antonio Colombo, son of Angelo, took the helm. Andrea Cinelli, Cino’s son, remains in the company dealing with marketing (his model is “Cinetica Giotto”, a beautiful bike that has not had great success). The Cinelli is also the first home to have brought Mountain Bike in Italy: with the “Rampichino” of 1984.

In bike we trust! 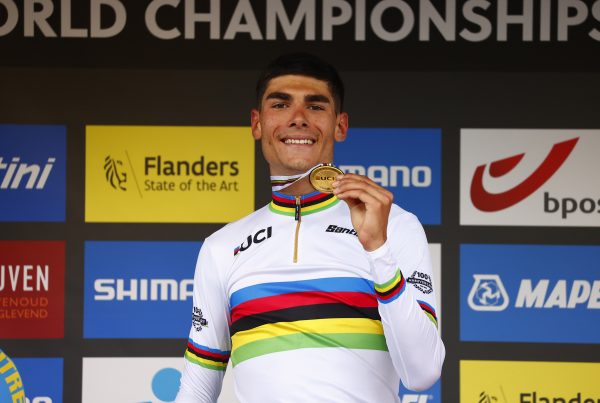 LEUVEN (BEL): After the Giro d'Italia, the World Championship. 2021 is a fantastic season for Team Colpack Ballan so far. Filippo Baroncini stormed away from his rivals as the race exploded in the final stages and... 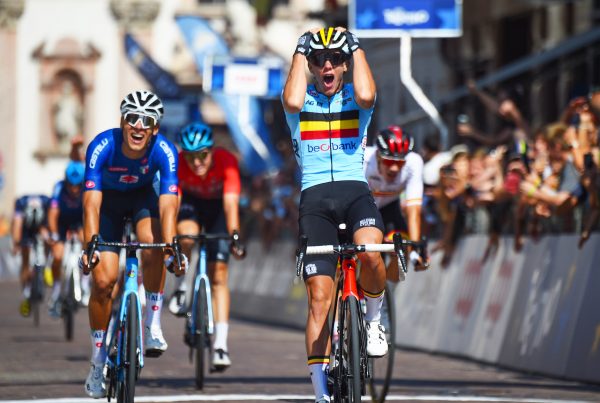 Last Saturday, September 11, Filippo Baroncini got a silver medal in the blue jersey at the European Road Under 23 Championships that took place in Trento. The rider from Team Colpack Ballan was beaten by few... 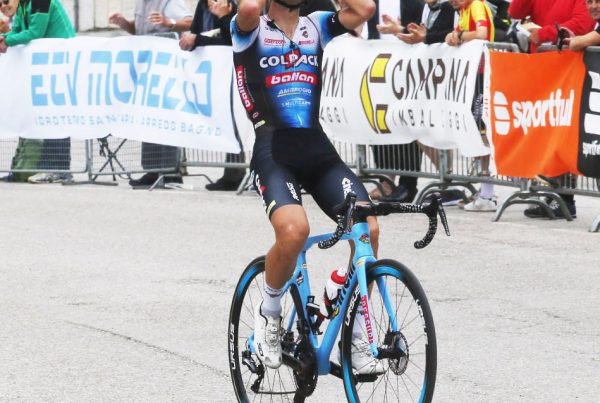 Sunday 25 July has been a triumphal day for Team Colpack Ballan on the Monte Grappa, having scored a podium hat-trick with Luca Rastelli, Mattia Petrucci and Alessio Martinelli at the end of a 108 km race. For Rastelli,... 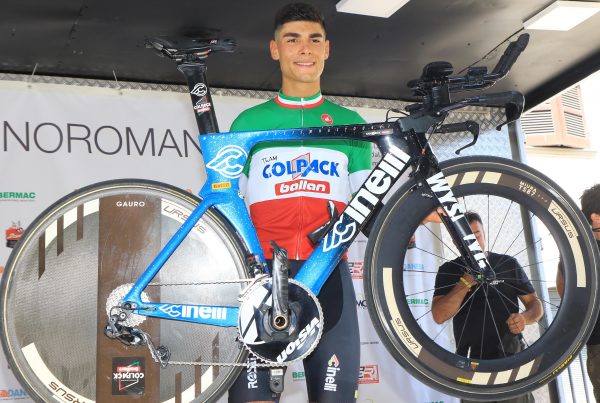 On Saturday, June 26th Team Colpack Ballan conquered the Italian U23 Time Trial title with Filippo Baroncini. The rider from Romagna, born in 2000, has imposed himself at the end of a very fast run...
Sours: https://cinelli.it/en/
Top 5 - Prettiest Road Bikes

For other uses, see Cinelli (disambiguation).

Cinelli was the seventh of 10 children, the son of a small landowner near Florence.[2] He became interested in bicycle technology after mechanical failures in races. Failure to interest manufacturers with his ideas in 1946 led him to start his own company. His brother Giotto was making steel stems and bars in Florence and Cinelli moved the business to Milan, centre of the Italian cycling industry. He made stems, bars and frames but depended on wholesaling for other companies. By his retirement, Cinelli's own goods were half the business. Stems and bars were 80 percent of Cinelli's own sales.

Cinelli moved to alloy production in 1963, later than other manufacturers because he was concerned about strength.[2] Annual production of alloy stems and bars rose from 5,000 in the 1950s, to 7,500 in the early 1960s. By 1978 the figure was 150,000. He made no more than 700 frames a year. In 1974, he designed an aerodynamic bike on which Ole Ritter broke his own hour record. The staple product was the Speciale Corsa road model made from 1947. The Speciale Corsa also became known as the "Super Corsa" after a supplier sent decals that erroneously said "Super Corsa" instead of "Speciale Corsa."[3]

Cinelli recently teamed up with San Francisco-based MashSF to create the popular "Cinelli MASH" frames, which are widely used in the fixed-gear culture.

The Cinelli (MILANO) head badge was originally cloisonne (fired glass on brass) and 55mm tall. Shortly thereafter (c.1953) it was hand-painted with enamel and 56mm tall. In approximately 1958 it was reduced in height to 51mm. In 1978, it became a decal. The design featured a knight's helmet, inspired by a family heirloom, with a red lily - symbol of Florence - and a green serpent, symbol of Milan.

The presidency of the company passed to Antonio Colombo, owner of Columbus tubing, in 1978. In 1997 Cinelli became a division of Gruppo S.r.l.

There were interruptions in communication that day. If all this had happened an hour earlier, the city would probably have plunged into mourning. But it turned out differently. Near the final stop, a meticulous old grandmother discovered an ownerless bag. The tram driver summoned the sappers to examine the incomprehensible find.

Her plump lips blurred, showing a flushed interior, in the center of which a black, seemingly bottomless hole could be seen. Friends were intimidated by the spectacle they saw, not deciding who would go first. The quick-witted Vovchik, as if in his own defense, began to take off the second shoe and then his pants. Sergei continued to lie on her elbows, slapping his stronger member on his cheeks and eyes.

His prostate, pressed against the chest, quickly gave juice, which stretched out in a thin cobweb from the nose to the bridle of the formidable prick.

The trouble with gravity